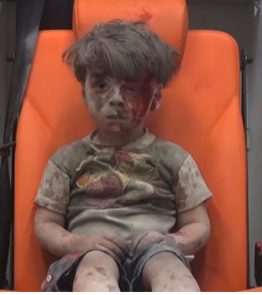 I groaned when I heard a former governor of a U.S. state and current candidate for the U.S. presidency—albeit a candidate without much chance of actually winning—respond to a reasonable interview question with ignorance that stopped me in my tracks. (“Groan” isn’t an adequate description of my initial response but what I thought and even said aloud shouldn’t be aired publicly.) When asked what he would do, if elected, “about Aleppo,” the candidate responded, “What is Aleppo?” In his defense, he claimed that he thought it was an acronym. Personally, I believe that defense wouldn’t stand a chance in a high school mock trial.

After I cooled down, I began to wonder how many North American Christians know “what” is Aleppo? How many of us have Googled a map to see exactly where this once beautiful city is located? Did the Apostle Paul travel its streets? Do we wonder where all the people have gone? Do we see the blackened homes, smoke rising into the skies, rubble littering the streets? Do we weep over the heartbreaking picture of the little boy rescued from that rubble? At one time Aleppo was home to the largest number of Christians in Syria. How many churches have been bombed, how many followers of Jesus have been murdered?

I can’t know everything about every place. My heart can’t break for every tragedy. But if I am to pray with intelligence and with some semblance of emotional connection to my brothers and sisters, I believe that at the very least I should look at a map and lay my hand on their homes and churches and children as I pray for mercy and justice. Maybe, just maybe, I can be one who knows the answer to “What is Aleppo?”

One thought on “THIS is Aleppo”