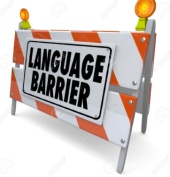 Early in our days in Germany and just learning how to live (somewhat!) successfully in this new culture, we attended a conference where the audience was German and the speaker from Texas. We requested headphones to hear the translation thinking that hearing English in one ear and German seconds later in the other ear would somehow help in the language learning process.

The translator that day was Hans Joachim, a German colleague whose English was perfect but, as far as we knew, had never lived in the U.S. and certainly was not well acquainted with the American pastor’s Texas drawl. At one point, the pastor recounted his experiences as a teenager, explaining how he tried to hide from his mother the smell of alcohol on his breath after an evening “out with the boys.”

“I knew my mother wouldn’t approve of my drinking so I popped a couple of Sen-Sen in my mouth…” Sen-Sen?? How would our German-born and bred colleague know the meaning of “Sen-Sen”? This breath freshener from our—and the speaker’s—childhood was no longer commonly used, and certainly wouldn’t have been part of the translator’s experience. But with scarcely a pause, we heard, “Pfefferminz” (peppermint)! Asked later how he knew to use that specific word, Hans Joachim said, “I’d never heard of Sen-Sen, but the context of the sentence told me what the speaker meant.”

So often we of the Christian faith use words that are just as foreign as Sen-Sen to people of the secular culture around us, especially those of the millennial generation. Words like faith, scripture, saved, lost and many others fall on deaf ears or—at the very least—have become words of mockery. Instead of expecting the culture to understand our “insider” language, perhaps it’s time to better translate the message of Christ’s love in words that can be best used by the Holy Spirit to remove all language barriers. After all, when he translates, nothing is lost.