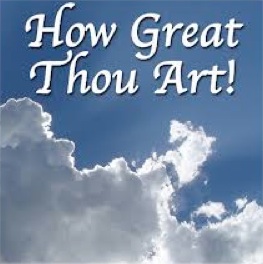 It happened many years ago but I remember it as though it were yesterday. My husband and I, my husband’s parents and his sister and brother-in-law were in Mexico. We enjoyed a few days in the beautiful city of Cuernavaca, appropriately called The City of Eternal Spring. Brilliant fuchsia and gold flowers clinging to walls transformed them into Georgia O’Keefe-like portraits and when we awakened each morning to find the grass around our hotel damp from showers that only occurred overnight, we from the Midwestern United States thought we had discovered Eden.

Our hosts suggested that we might like visiting Taxco, a city best known for its silver. Buses run from Cuernavaca to Taxco but we found that hiring a taxi for the six of us would be safer and just about the same cost. Soon a friendly young man arrived with his aging but seemingly adequate car and all six of us squeezed in. Our driver spoke not one word of English and the only Spanish known to our party was ALTO, the word prominently displayed on the red octagonal intersection signs and which one of our party (to remain unidentified!) shouted when oncoming traffic seemed oblivious to the fact that these Americans were unaccustomed to the free wheeling driving technique employed—and enjoyed—in Mexico at that time.

Soon we left city streets and began cruising through beautiful, rolling countryside. At one point our driver pulled down the window visor and, smiling ear to ear, pointed to a picture of a small child. Clumsy hand motions finally helped us understand that this was his daughter and even this hands-only awkward “conversation” revealed that she was the joy of his life.

Then our driver rolled down his window, pointed off to the hills and started singing unfamiliar words but to a melody that all of us knew so well. Within seconds seven people, from distant lands and even more distant experiences, in two languages, began singing together:

At the conclusion of all four stanzas, a holy silence descended. This car which probably would pass no U.S. inspection was transformed into a temple and we had a foretaste of how final hymns of praise with “every tribe and nation” will resound one day through the heavens. With no translation needed.

One thought on “No Translation Needed”